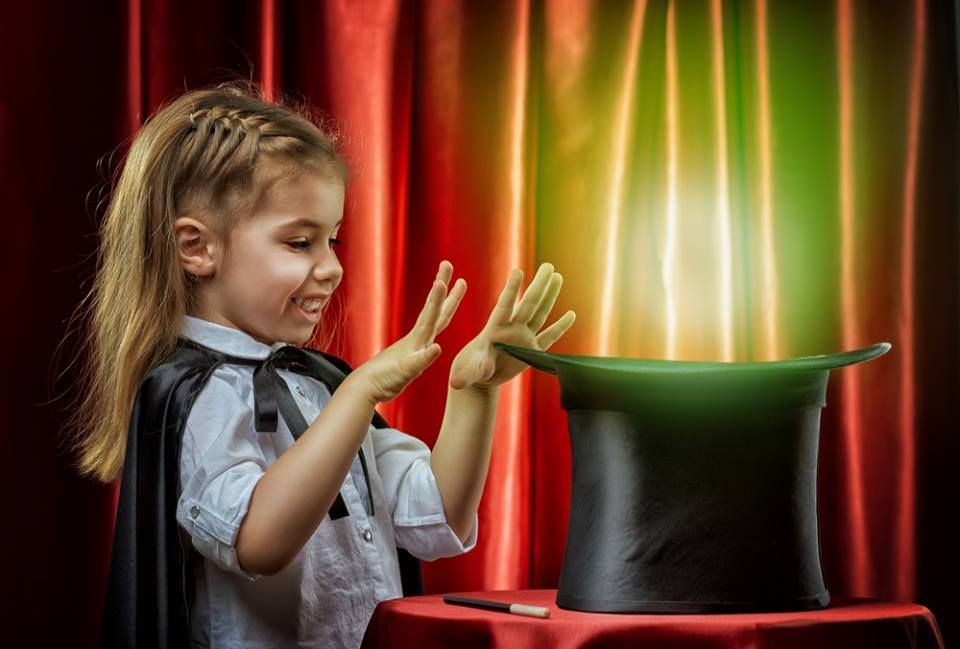 Whether they are a little Harry Potter in training, or a fan of Dynamo, children of all ages love a magic themed birthday party.   It doesn’t matter if their friends or classmates share their obsession, you can make it inclusive and fun for everyone to enjoy.  Here are Occasions for All Children’s top tips for throwing the most magical party around:

Get the guests in the party mood before they even come by asking them to dress up in magical clothes.  This could be as a character from a fantasy film, or a cartoon – it could be as a wizard or fairy, or maybe even a house elf!  Whatever they can imagine.

Design your invites to be as magical as can be, but remember to let the parents know details in the invites.  If you want fancy dress, or you want parents to stay or leave, be clear!  Make them as excited as the kids are to come!

Decorations can set the mood for a whole party, so make the effort and set the mood with some magical decor.  Homemade or store bought, it won’t matter, the kids will love it.

There’s no need to invent new games.  Every child loves musical statues and pass the parcel, so why mess with the classics?  Instead, add a twist to make them fit the magical theme.  For instance, use a magic wand to point to a child rather than your finger.  Rather than pinning a tail on a donkey, ‘pin the tail on the white rabbit’, or ‘pin the scar on Harry Potter’.  Put a little effort in and your kids’ imagination will take care of the rest!

There’s an obvious choice for the entertainment at a magical themed party – hire a professional magician!  One that specialises in children’s parties and has great reviews so you know you can rely on them to make the party fabulous.

For more help with organising a magical themed children’s party, get in touch with Occasions for all Children today!